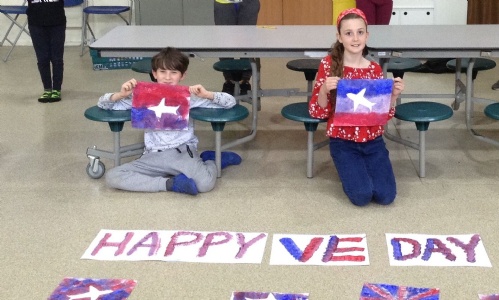 VE Day  or 'Victory in Europe Day' marks the day towards the end of World War Two (WW2) when fighting against Nazi Germany in Europe came to an end.

In honour of VE Day this year our children at school created paintings to celebrate the 75th anniversary. The children created an aeroplane stencil and then used sponges to paint around the aeroplane to create a cloud like texture using the colours red, blue and white of the Union Jack.