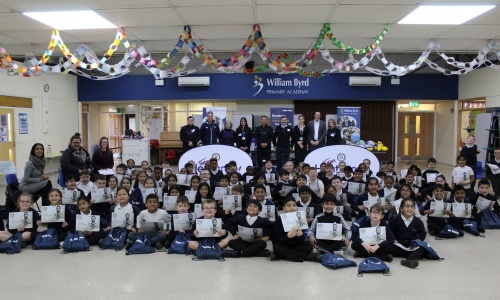 Rugby legend Jason Robinson OBE, who was the only try-scorer in the England Rugby World Cup final 2003, visited our school to spend a day of fun sports with our Year 3 children.

Jason was accompanied by his team along with members from Heathrow and Balfour Beatty.  The children and adults all had a fun time playing various games despite the cold weather.

At the end of their sports session each child was presented with a sports certificate and a rucksack with a water bottle which the children took home.  As well as this the school was given a huge amount of sports equipment courtesy of Heathrow and Balfour Beatty.

A huge thank you to Jason and his team for taking the time out and visiting our children and Heathrow and Balfour Beatty for their generosity.